Pamporovo – the sunny pearl of the Rhodope Mountains

Pamporovo is one of Bulgaria’s most famous Ski resorts, along with Bansko and Borovets. Pamporovo is the pearl of the beautiful, natural and legendary Rhodope Mountains. The resort is sure to impress anyone regardless of whether you are a skier or not. Unlike many resorts, Pamporovo is not cramped, but spread over a series of fantastic mountains and hills and completely unexploited. Nestled in the Rhodope Mountains, it benefits from being particularly green and stunning in summertime.

The resort benefits from having an exclusive microclimate unlike any other in Bulgaria. It is distinctly Mediterranean having been heavily influenced by the Aegean Sea nearby. As a result, it is the sunniest ski resort and has some of the best summertime temperatures out of all the Bulgarian ski resorts. 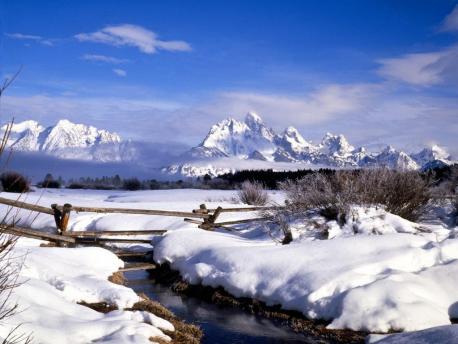 It is said that the combination of great weather, pollution free air and land work wonders for your health and age. Consider that Pamporovo and the surrounding region have the highest population of centenarians in the whole of Bulgaria when choosing your property in Bulgaria!

Pamporovo and the Rhodope mountains are steeped in folklore and tradition which add to its abundant charm. It is said that the mythical singer, Orpheus, lived here. Orpheus was the most famous Greek mythical singer and poet, who could charm wild animals and even coax rocks into movement. In legend, he was one of the Argonauts and when they had to pass through the Sirens island, it is said his music prevented the crew from being lured to danger.

Since the time of Orpheus to the present day, this region has always had its own particular type of music which combines ancient folklore and traditional instruments. In fact, one particularly famous Rhodopian folk song was sent into space in a satellite for the benefit of any alien life out there!

For those who enjoy skiing and sun, Pamporovo should be your first choice for making Bulgarian property investment. It benefits from having a mild but very snowy winter with the ski season lasting from December until May. The sun shines fully for an average of 120 days a year and tourists are even advised to bring sun screen.

The ski facilities are impressive and cater for all ski levels and feature a giant slalom ski run. Ski facilities and facts about Pamporovo are as follows:

Also, there are three cross-country runs in the resort, with total length of around 40 km.

New 6-seat chairlift of the Pomagalski company –  France is with capacity of 2 400 people per hour -116  chairs of 6 seats each, with length of 2992 meters. It connects Stoikite with the resort. The equipment services two tracks, which enlarges the resort`s skiing area towards the picturesque Stoikite Village. In the lift’s construction were invested just over 13 million BGN (6,5 million EUR). 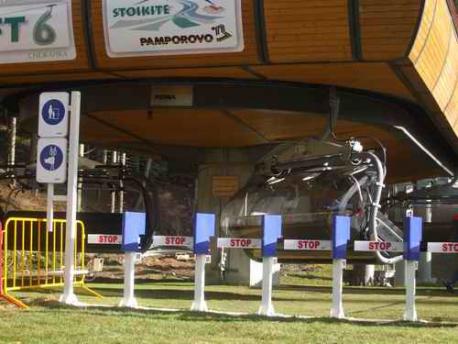 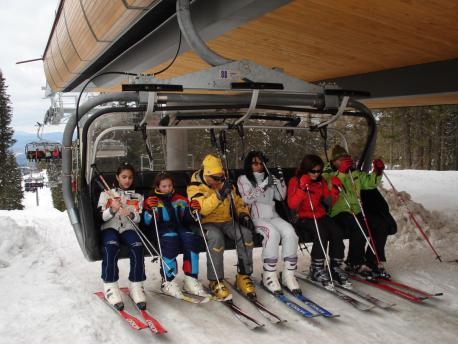 Pamporovo is often praised on the quality of the ski school and instructors. The resort boasts the services of more than 100 qualified instructors, fluent in numerous languages and able to provide fun and comprehensive ski lessons. Group lessons, cross-country skiing, 1 to 1 lessons etc are all catered for. Difficulty levels vary and lesson lengths can all be arranged upon discussion with instructor. Here there are no avalanches or sudden weather changes, so your safety and peace of mind during the holiday are guaranteed.

As mentioned before, there is something for skiers of all skill levels. Nursery slopes are available for beginners and there kindergartens open from 8.30am to 5pm for children. Intermediates have a choice of over 20kms worth of ski runs to spend time on. For advanced skiers, Pamporovo does not disappoint. The brave can try “The Wall”- the resorts most difficult and testing ski run and the distinctive “TV tower” also has a notoriously difficult ski run starting from it.

There is 24 hour mountain rescue and all pistes and facilities are kept in meticulous condition. In the last two years, millions have been invested in Pamporovo to cater for the explosion in tourism in the resort. Being part of the Top Three ski resorts in Bulgaria, Pamporovo prides itself on being one of the most green and scenic of all three.